skip to main | skip to sidebar

Cleared for the approach

On Saturday I passed my instrument checkride and am now a instrument rated private pilot.
What a relief it is to have that done and over with. I am one more step closer to my goal and can now fly in the clouds!

The checkride was both easy and hard. The DPE didnt take it easy on this professional pilot to be. And for whatever reason.... I had never seen a lead radial on an IPC before?!?!? I talked my way through it and eventually found it in the index of the NOS charts. But damn did I feel stupid.

I also stumbled on the SDF (simplified directional facility) I forgot why it was different that an LDA and other non precision approaches. The added 6 degrees of horizontal guidance almost got me. This was something else I got to look up in the NOS chart index.

After stumbling on two items during the oral exam, and chatting about playing music. (DPE and myself are both musicians) we hopped in the plane. This is where I shine and was happy to be airborne to show the examiner I do know a little bit about Instrument flying.

We did a "0 visibility" take off under the hood to start off. No problem. We then followed the flight plan we talked about with no surprises. IT started out flying direct to the SOGCO intersection to shoot the RNAV14 into Quincy. On the missed we flew to the Seminole VORTAC and did two turns in holding. This also happens to be the IAF for VOR A approach into Quincy. On completion of the first turn in holding the examiner slapped some suction cups over my attitude indicator and my DG simulating a vacuum failure. Again, no problem. With turns to the east and west, which is what I was doing in the hold, there is limited error on the mag compass to worry about.

After the two holding patterns I called procedure turn inbound and was cleared for the VOR A approach at Quincy. On the missed I was given instructions for fly 180 into controlled airspace and to climb to 2000ft. After leaving the pattern at Quinicy I was flying south climbing to 2000 and asked for radar vectors for the ILS 36 at Tallahassee. This was to be the last phase of the checkride. I advanced the throttle a bit and we cruised as fast as we could down to the FAF for the ILS 36. I was eventually given a 45 degree intercept for the ILS and turned in to join the localizer. I never got to use the intercept angle as the controller had brought me in too close. At this point the DPE moved his chair back up from its reclined position and removed the suction cups on my "failed gauges". I realigned the DG, ran through the decent checklist and waited for the glide slope to come in. At around 260 feet the DPE said, "visual on the runway. You can remove your foggles." I had the needles pegged and was right where I wanted to be. I chopped the power to idle, waited a second to drop below 85kts where I then dumped the flaps. 200 feet later, and 1000 feet down the runway the mains touched one at a time (perfect crosswind landing) followed by the nose wheel.

I was now an instrument rated pilot. But after the ride was done, I didn't feel any different. It was nothing like how I felt after my private pilot checkride. Nothing will replace the feeling of earning my wings. Oh well.... it doesn't really matter. I am one more step closer to my goal of being a professional pilot.

Here's a few shots from two trips taken with my buddy Matt. Jekyll Island and Hilton Head Island were the destinations. Enjoy! 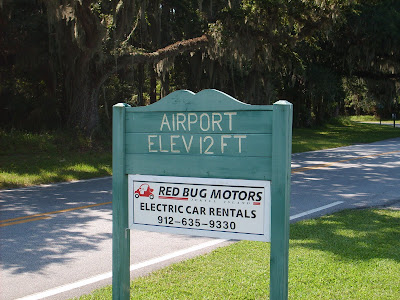 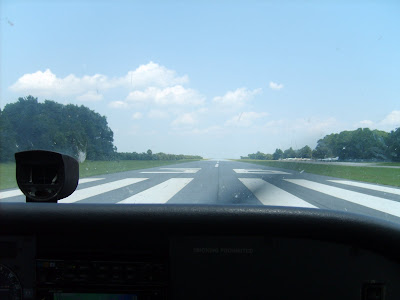 On the take off roll out of Jekyll 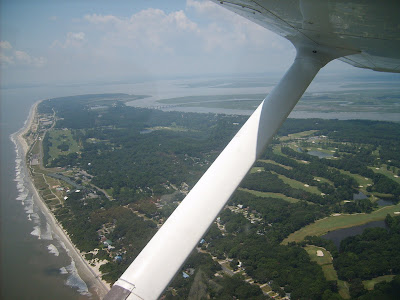 Departing to the south east out of 09J 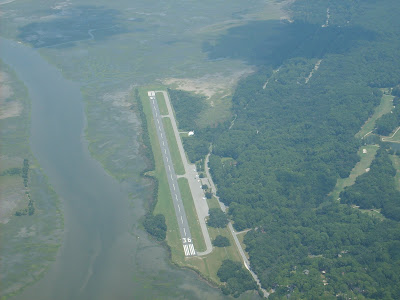 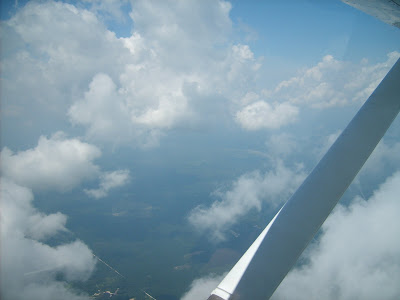 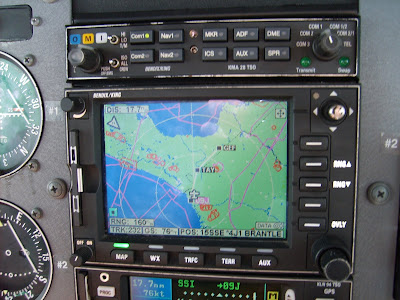 Now for some from the Hilton Head trip. Matt flew there and I took it on the way back. Great place to visit. Excellent service at the FBO and the hush puppies weren't too bad either! Can't wait to go back again. 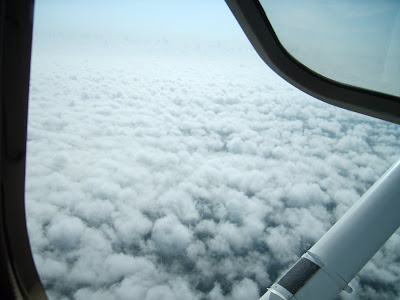 Endless sea of clouds all the way from Tallahassee to Jacksonville on an early morning departure. 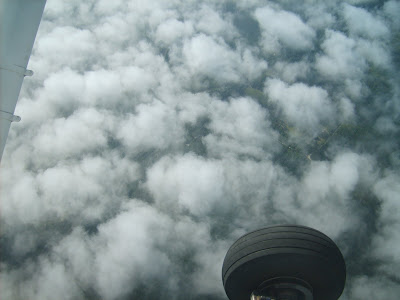 I think I see the ground down there... 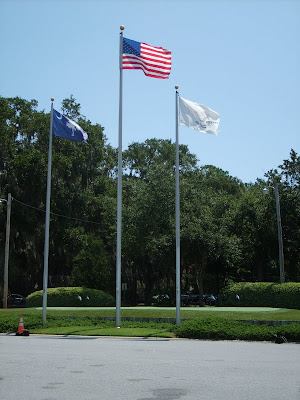 Signature Flight Support at KHXD. Excellent service and can't beat a putting green at the FBO. you can see it here right behind the flags! 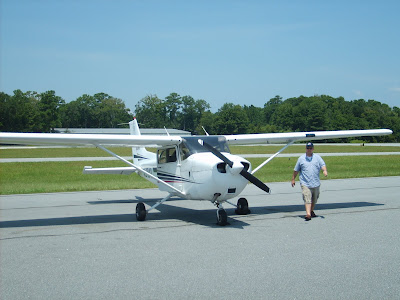 Matt doing a quick preflight of our trusty steed. 94X 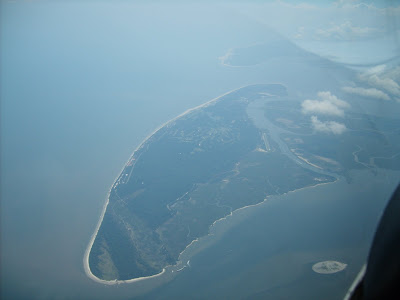 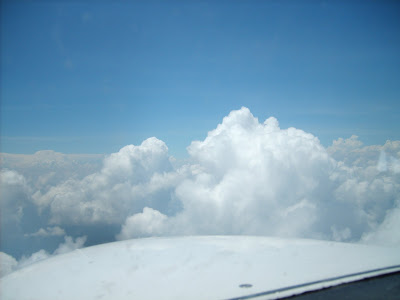 Dodging the build ups on the way home. These things grow fast in the summertime here in FL 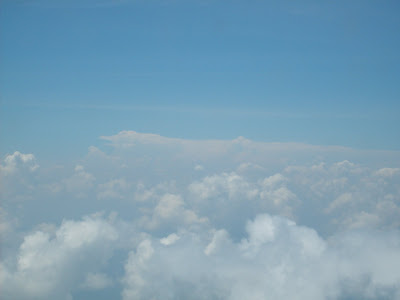 Is that an Alligator out in the distance???

Well its checkride time again, and boy am I ready to get this over with! I have been flying and studying alot in preparation for the ride. I have been doing simulator flying, hood flying, finger flying... and even flying in my sleep. I know I have the flying portion of the checkride under control, its the oral exam that has me a little nervous. There is so much information to be asked about that studying the oral exam guide has my head spinning.

My fate will determined on Saturday morning as I fly the second instrument checkride of the day for the DPE. My buddy Matt whom I fly with regularly is going first. Hopefully he doesn't set the bar too high!

I've been flying a lot, and have some stories and pictures to share. I'll see if I can post a few shots from the past few weeks before I get back to the books.

My checkride is scheduled for the friday after next. I know I have the flying portion of the checkride covered. I just need to master the oral exam guide!

My time is sitting around 130 hours with all the mins met. I think I've even got everything in the PTS down. Now its time to study study study! The folks are coming into town next weekend so that will put a damper on things, but as long as I stay relatively busy with the studying I should be IFR rated soon!

More to come... Heading to Cedar Key on Sunday and over to Destin again on Monday.

Keep the blue side up.
Posted by yoman at 2:18 AM No comments:

Flew for 2.1 today. 1 hour was with Chris doing some work in the holding pattern over the Seminole VOR followed by a ILS 36 at KLTH. It was so nice out that after we landed I called Corie up and had her come out to the airport so we could go on a nice VFR flight down the coast to St. George Island. At least that was what I intended....

We got out over the coast, and I started messing around looking for a friend's boat who was out fishing. It seemed like every one had a green bimini top on their boat today and I could not get a positive ID on my buddy Jims' boat. We circled a few non-the-less. Hopefully I didn't scare too many boaters out there. After I got bored of that, we headed south east for St. George and decended through 1000 ft. But before I could level off at 500 feet over the beach Corie alerted me of her desire to relieve her bladder. Oh well.... full power, climbing right hand turn direct to Tallahassee. So much for that idea. It was still a nice flight just because it was so beautiful out. It did get a little hotter by the time we got back to base, but it still wasn't too bad. No clouds, calm wind, and 72 degrees at 2500 ft. Can't beat that with stick! Unfortunately the nice weather we've been having should end tonight as this cold front moves on past us.

Interesting tidbit: ATC had traffic landing on 36 and 27 with the winds out of 180 around 7 kts. No big deal... sometimes ya have to land with a little tailwind. I made the mistake of calling up ATC and requesting 18 if it would not interupt they're flow. "Roger 172RK we have your request..." Then nothing. The controller kept on talking to other aircraft in the vicinity. Ok I thought, no problem. I've already been cleared to land on 36 and the traffic behind me has been cleared #2 for landing. At this point I'm at 100kts following the ILS down to the ground. At about 500 ft no more than a mile from the threshold I hear, "172RK enter right downwind for 18. I'll call your base". So once again I added full power and made a climbing left turn to enter the pattern. I could have declined the landing clearance and kept following the ILS down landing with a slight tailwind, but I chose to be safe and take the runway with the more favorable winds. It ultimately was a non-event and I made a nice landing.

Thats all for today, off to study my oral exam guide some more before heading to work. Check ride is coming up soon!
Posted by yoman at 1:30 PM No comments:

I "Flew" the sim today as well as my usual ride 94X. Today was the hottest day of the year so far in Tallahassee and I thought it would be a good idea to fly around at 3000ft shooting full procedure RNAV approaches. Boy was I wrong. I could have been flying around in a glider today the thermals were so strong over Tally.

Besides the not so nice weather I did get in some good practice and got to share the airspace with a pair of F22's. Never thought the first time I saw one I would be up in the air less than a mile away. They flew directly overhead shooting the ILS 36 while I was slowly making my procedure turn inbound from the FESUX IAF a thousand feet below.

Thats it for now, its late... Going up Friday evening with Hale. Gonna be droping him off in Destin and then head back for a nice night flight. Its been a while, so I'll be sure to do a few stop and go's to get legal again.